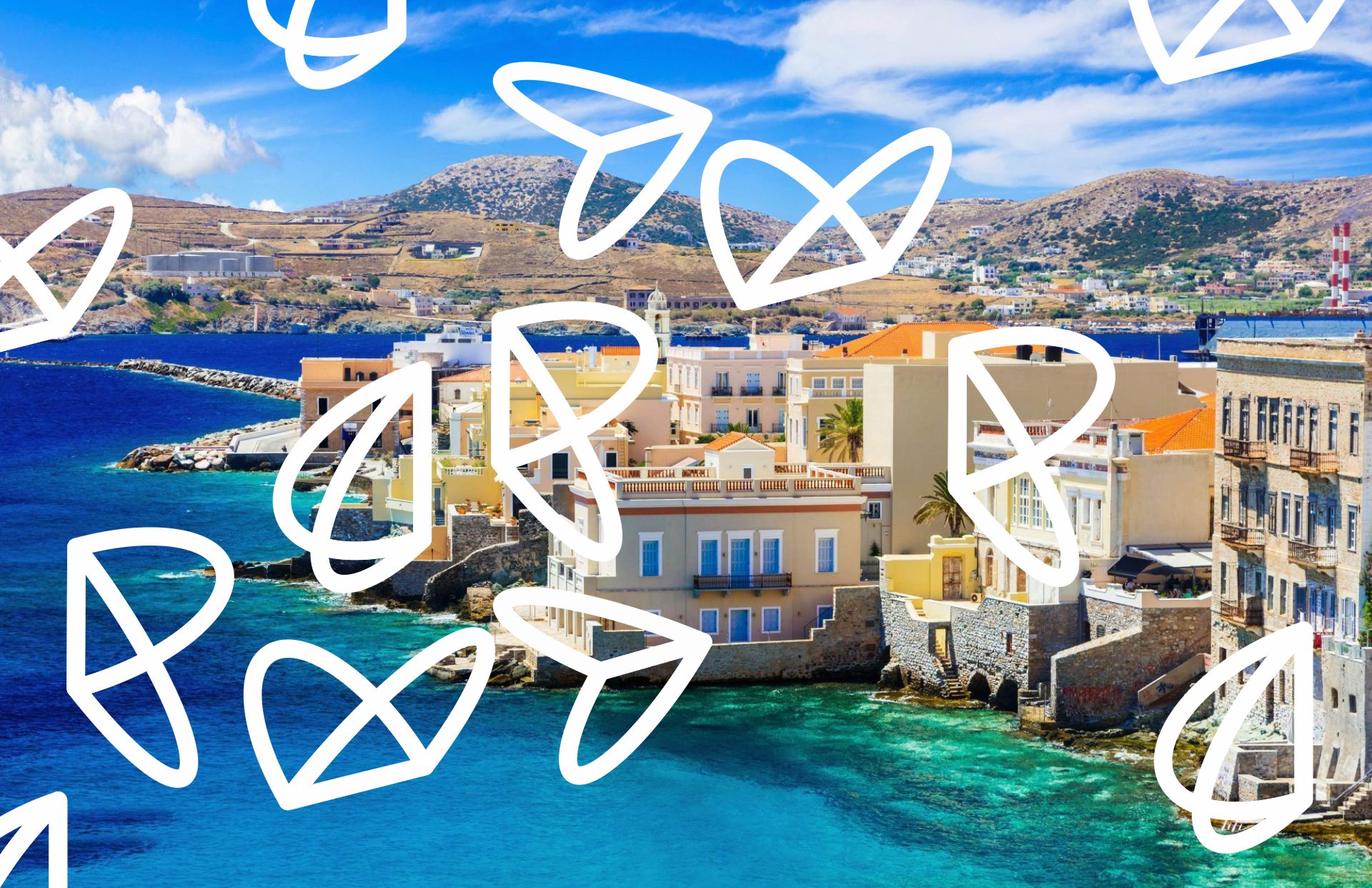 “Levels of socio – economic impacts of CWS and their analysis”

This school marks the start of the empirical stage of ESRs projects and aims at focusing on conceptual debates regarding peripherality and development, and link CWS to wider labour struggles in cities and beyond, understanding the turn towards platformization and commodification of labour. Keynote speeches will engage participants in theoretical discussions and expand their conceptual understanding to better explore the developmental processes of CWS in rural and peripheral areas their wider impacts at the local and regional level, as well as at the level of the individual worker and the enterprise. Through workshops, seminars, and roundtable discussions, ESRs and invited PhD candidates will have the opportunity to get trained in transferrable skills such as project management and communicating research through audiovisual means.

The preliminary agenda of the training event:

Please note that CORAL covers accommodation and lunches but does not cover transportation costs.

To apply: Please submit the following information in a single PDF file as an attachment to info@coral-itn.eu and antigoni.papageo@gmail.com by July 27th, 2022:

Please note that applicants need to be fully vaccinated and get tested to be able to join in person. 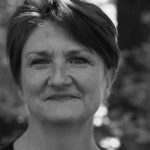 Bettina Bock is Professor for Inclusive Rural Development at the Rural Sociology Chairgroup at Wageningen University and Professor for Population Decline and Quality of Life at Groningen University. Her areas of research include inclusive rural development and social innovation, with a particular focus on remote and depopulating rural areas, governance, migration and rural gender relations. In recent years she has participated in several EU research project on rural-urban linkages and spatial justice as well as rural diversity. She is collaborating with policymakers on a regular basis and has participated in European, national and regional expert committees on questions regarding spatial development and planning, maintenance of rural schools and regional development. From 2013-2019 she was the editor-in-chief of Sociologia Ruralis, one of the leading academic journals in the field of rural development. In addition, she is a board members of the European Society for Rural Sociology and the International Rural Sociology Association. She has been invited as guest professor at the Università di Gastronomia in Pollenza in 2020), Cornell University in the United States (2019), Kyoto University (2018) and Newcastle University (2017). 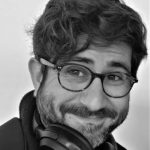 Alberto Cossu is a sociologist and media scholar whose research focuses on art & creative work; collaborative and digital economies; with a focus on the organisational processes and new forms of value creation that he studies combining qualitative and digital methods. He is also active on policymaking and consulting for both public and private sector: he consulted for EU grants, he collaborates regularly with Fondazione Feltrinelli and took part in Facebook Policy Meetings. He currently works as Assistant Professor in Media & Communication within the School of Media, Communication and Sociology at the University of Leicester where he is Programme Director for the MA in Digital Media & Society and leads the Research Cluster on Digital Media. His current funded research agenda explores the societal impact of crypto-finance and the transformations of collaborative work in the post-pandemic context. He is Co-PI for the H2020 Project Digigen for the work package on ICTs and the transformation of civic participation. 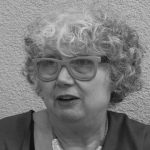 Ursula Huws is the director of Analytica Social and Economic Research, having retired from academia in 2021. She has been researching the economic and social impacts of technological change, the restructuring of employment and the changing international division of labour since the 1970s and is the editor of Work Organisation, Labour and Globalisation. Her most recent books are Reinventing the Welfare State: Digital Platforms and Public Policies, (Pluto, 2020) and Labour in Contemporary Capitalism: What Next?(Palgrave Macmillan, 2019). With a PHD in Sociology from London Metropolitan University, she has previously been employed as Professor of Labour and Globalisation at the University of Hertfordshire (2011-2021), Professor of International Labour Studies at London Metropolitan University (2005-2009), Associate Fellow at the Institute for Employment Studies (1996-2004) and Senior Lecturer in Social Research Methods at the University of North London (1990-1996). She was also a Visiting Professor for one semester at the Institute of Political Economy, Carleton University, Canada (2005), a Visiting Scholar at the Faculty of Information and Media Studies, University of Western Ontario, Canada (2010) and a Visiting Professor at Institut für Arbeitsmarkt- und Berufsforschung, Nürnberg, Germany (2009-2011). She has been carrying out pioneering theoretical, quantitative and qualitative research on the economic and social impacts of technological change, the restructuring of employment and the changing international division of labour for many years, with a particular focus on digitalisation, emerging labour market trends and new forms of work. She has extensive experience of designing and directing large international research projects. These include not only projects examining the restructuring of work and employment in the context of technological change (for example EC-funded projects such as SOWING (FP4), EMERGENCE, STILE and TOSCA (FP5) WORKS (FP6) and PLUS (H2020) but also projects focusing on research ethics, professional standards (e.g RESPECT (FP5) and ETICA FP7) and research methodology. She was commissioned by the European Foundation for the Improvement of Living in Working Conditions to draw up guidelines for case study research, developing an influential conceptual framework for linking qualitative and quantitative research. From 2012 to 2016 she led the 30-country COST Action !S1202 on The Dynamics of Virtual Work, bringing together a large body of scholarship on digitalisation, work and employment, leading to a successful and still-growing book series. From 2015 to 2021 she studied the growth of platform labour in Europe, including surveys in 13 European countries and in-depth qualitative research, including participation in the H2020 PLUS (Platform Labour in Urban Settings) project. She provides consultancy to a number of organisations at national, European and Global levels. She has published widely, writing for policy, academic and popular audiences. Her work has appeared in translation inter alia in Chinese, Swedish, German, French, Italian, Greek, Hungarian, Danish, Portuguese, Turkish, Spanish, Hindi, Japanese, Korean, Maharathi and Serbo-Croat. Her most recent books are Labor in the Global Digital Economy: The Cybertariat Comes of Age, (New York: Monthly Review Press, 2013), Labour in Contemporary Capitalism: What Next? (London, Palgrave Macmillan, 2019) and Reinventing the Welfare State: Digital Platforms and Public Policy (London,Pluto Press, 2020). 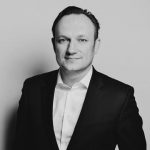 Lech Suwala is Full Professor of Urban and Regional Economics at Technische Universität Berlin, Germany He is a geographer and economist, with working experience in both science and industry at the crossroads of regional economics, economic geography, and economics of urban and regional planning. His expertise includes family firms and regional development, spatial creativity, innovation, and entrepreneurship research, as well as European and regional planning among many other topics. He held positions as a Visiting Professor for Geography and Spatial Management at Jagiellonian University, Cracow, Poland and Visiting Associate Professor for Innovation/Creativity Management at Ritsumeikan University Osaka (Japan), and Research Associate at the Institute of Economic Geography at Humboldt-Universität zu Berlin, Germany, among other positions. Newest (co-)edited books published are Key Concepts in Economic Geography (Schlüsselbegriffe der Wirtschaftsgeographie, in German, 2022, UTB) and Family Firms and Regional Development (2021, Routledge).
Facebook
Instagram
Twitter
Linkedin

We will only contact you with information related to CORAL-ITN. Your personal data will be processed in accordance with the provisions of the General Data Protection Regulation (GDPR) Regulation (EU) 2016/679.

This project has received funding from the European Union's Horizon 2020 research and innovation programme under the Marie Skłodowska-Curie grant agreement No 955907.